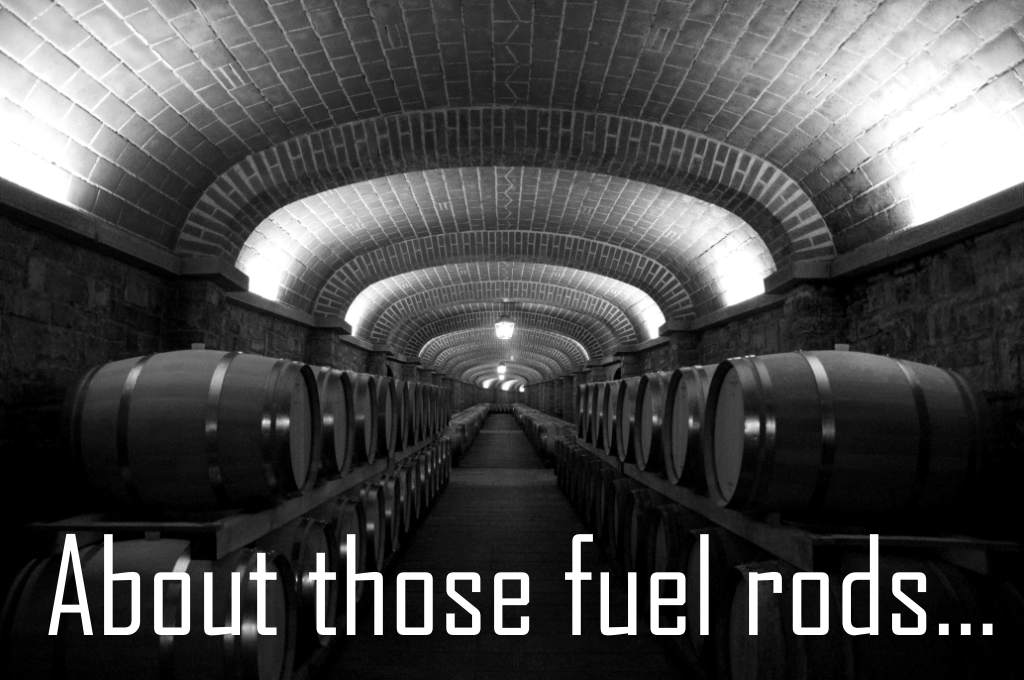 How big were the Unexpected Finger's fuel rods?

We already computed that Stupid thrust consumed fuel of 0.18 kg/s, which is 0.03 kg/s for each of the Finger's six engines.

How big is that?

How big is that in real units?

The fuel rods were cylinders, so their volume equaled their length multiplied by their cross-sectional area.

In other words, the fuel rods were six inches in diameter, fifteen feet long, and weighed three quarters of a ton.

In our previous fuel analysis, we calculated the Finger's deceleration burned 7.2×105 kg of fuel. How many rods was that?

Okay, we did not calculate anything. I calculated, and you watched. This is why you pay me to read the book, instead of the other way around.