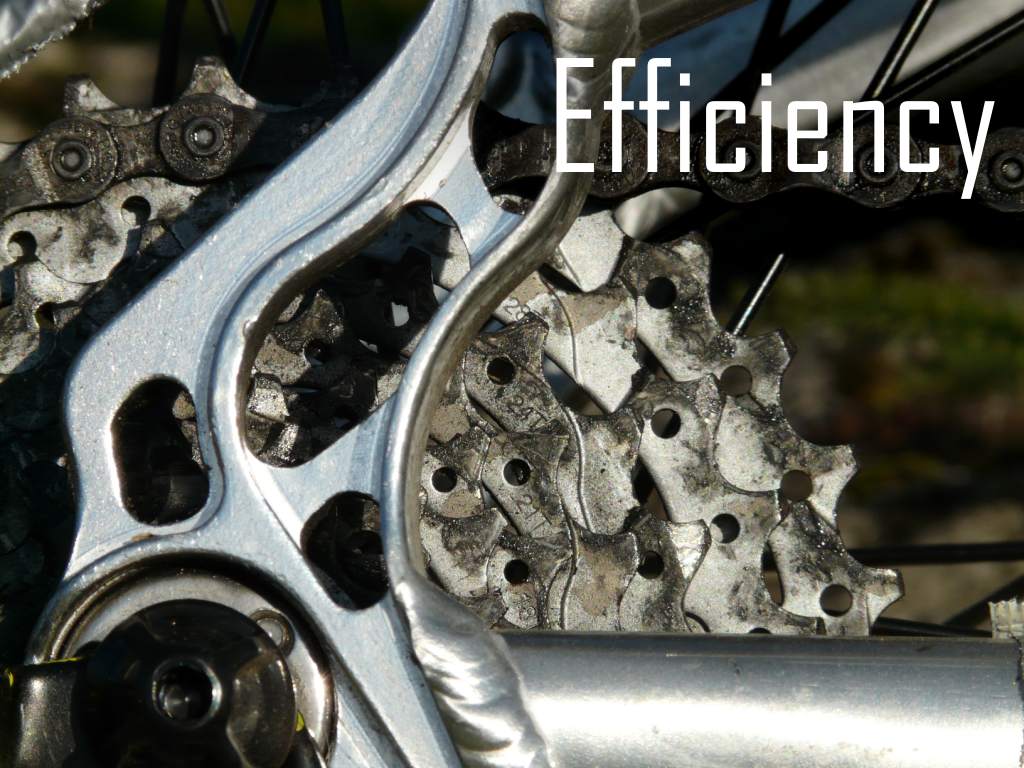 I know you are wondering: Could the alien spaceship be Energy Star certified?

Our power analysis showed that, for a period of one second immediately after launch (that is, from a standing start) the Unexpected Finger extracted 18 megawatts of deceleration from her total power output of 3.6 billion megawatts.

That Energy Star rating is going to require some campaign contributions.

But the Finger was made to fly.

Like all rockets, the Finger's total power (I.e., the kinetic energy she generated) was divided between herself and her exhaust. Oddly, the faster she moved, the more of her power she captured.

To see this, let's measure energy the other way, as Force times Distance. Intuitively, a rocket's force (its thrust) is constant, at least approximately, but distance is not. As the rocket accelerates, it exerts its thrust over a longer distance.

What thrust, over what distance?

Earlier we computed the Finger's thrust as 12 megaNewtons. And in one second at her maximum speed, she covered a distance of 6×107m.

720 million megawatts is pretty good, compared to the eighteen megawatts she managed in the first second from a standing start.

But something seems fishy. How could she capture more of her exhaust energy just because she was moving faster? Her thrust was more or less constant, as was her acceleration.

The perfect answer, from my perspective, is that kinetic energy goes as v2. In a familiar example, your car accelerates from zero to thirty much faster than it goes from thirty to sixty. This is because 0‑30 takes only one third as much kinetic energy as 30‑60, and one fifth as much as 60‑90.

Yes, one third and one fifth. Check it yourself, if you don't believe me.

But unlike your car, a rocket goes sixty to ninety just as quickly as it went zero to thirty. It has to get that extra energy from somewhere.

That answer was perfect, in the sense that it made me seem smart without actually helping you understand. Thus it increased the apparent gap between your knowlege and mine. You learn these tricks, when you teach business majors.