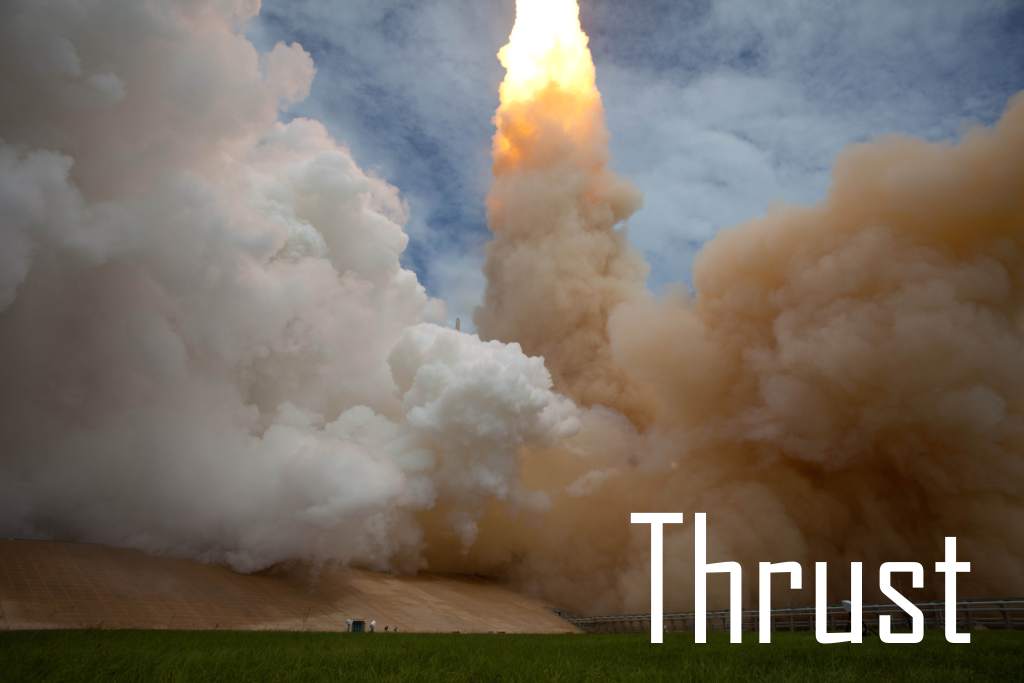 The Unexpected Finger accelerated at one third of a gravity. How hard did her engines push?

In commoner units, the Finger's thrust was 1.2 million kilograms or 2.6 million pounds, a bit less than the three million pounds produced by one of those noisy boosters we strapped to the side of the Space Shuttle, back in the bad old days when we thought it was okay to make the rest of the world feel inferior.