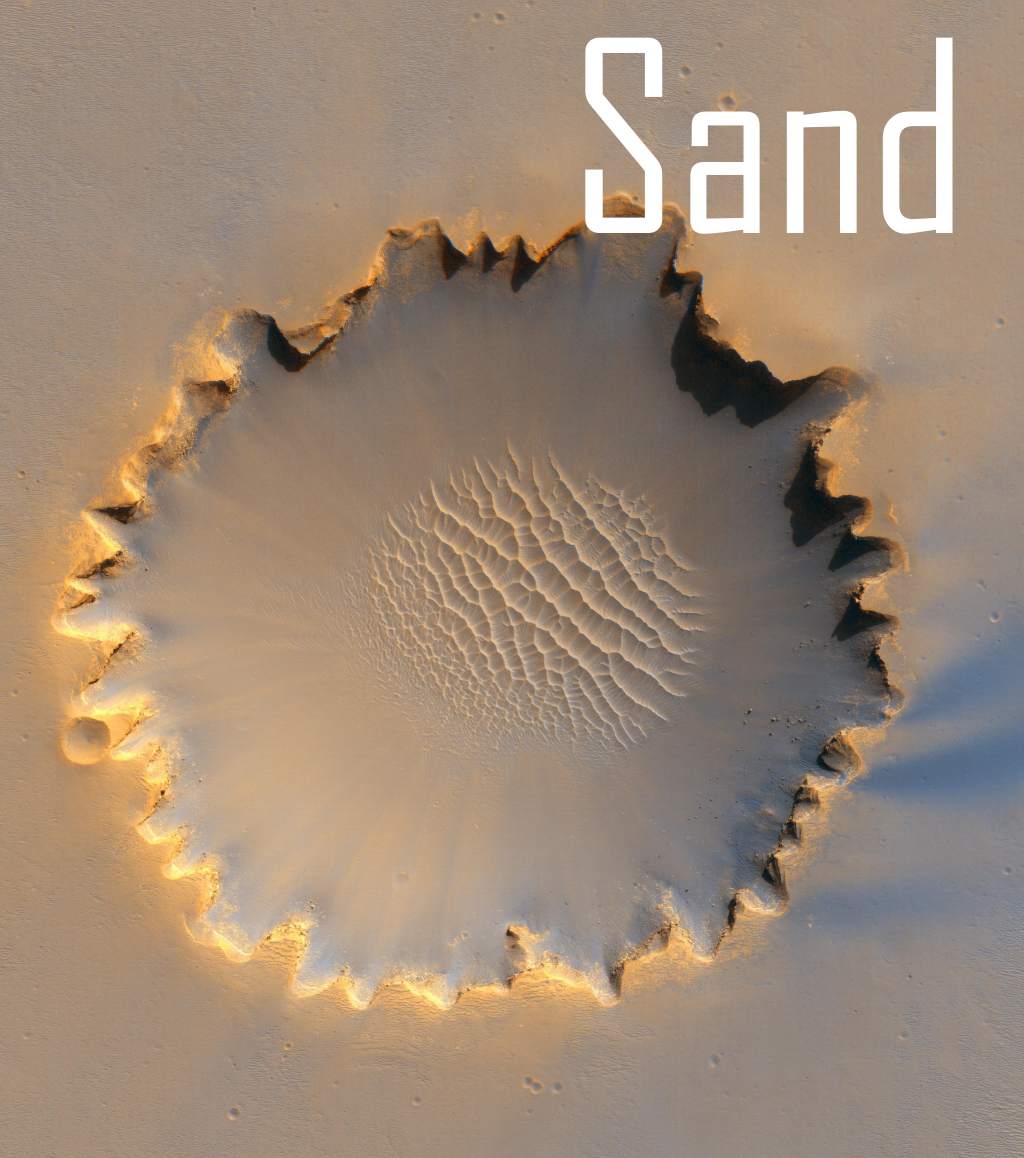 The answer is: Pretty bad.

Okay, I will assume it. You will go along, because I am doing most of the work.

Our sand grain's mass depends on its density. Interstellar sand is generally silicate (similar to Earthly sand) with a density of 3×103 kg/m3.

We will neglect the sand grain's drift velocity, which we know was trivial compared to the Unexpected Finger's velocity of v=0.2c = 6×107m/s.

This is 5.4 gigajoules, slightly more than a ton of TNT.

That would leave a mark. Would it melt the pillow?

The pillow was mostly water, with a specific heat of 4kJ / kgK. That is, heating the pillow by 1K required 4 kilojoules per kilogram.

From there, to actually melt the ice required the heat of fusion, which for water is 334 kJ/kg.

In other words, one grain of sand at 0.2c can melt eight metric tons (I.e., eight cubic meters) of cryogenic ice.

In other words, a typical impacting sand grain could melt about one percent of the pillow.

In reality the melt volume would be much smaller, as the area immediately around the impact would be superheated and fly away as ejecta, carrying impact energy with it. Much of the remaining energy would take the form of a shock wave, which would reverberate and disperse itself over the entire 780-ton shield, heating it only slightly.