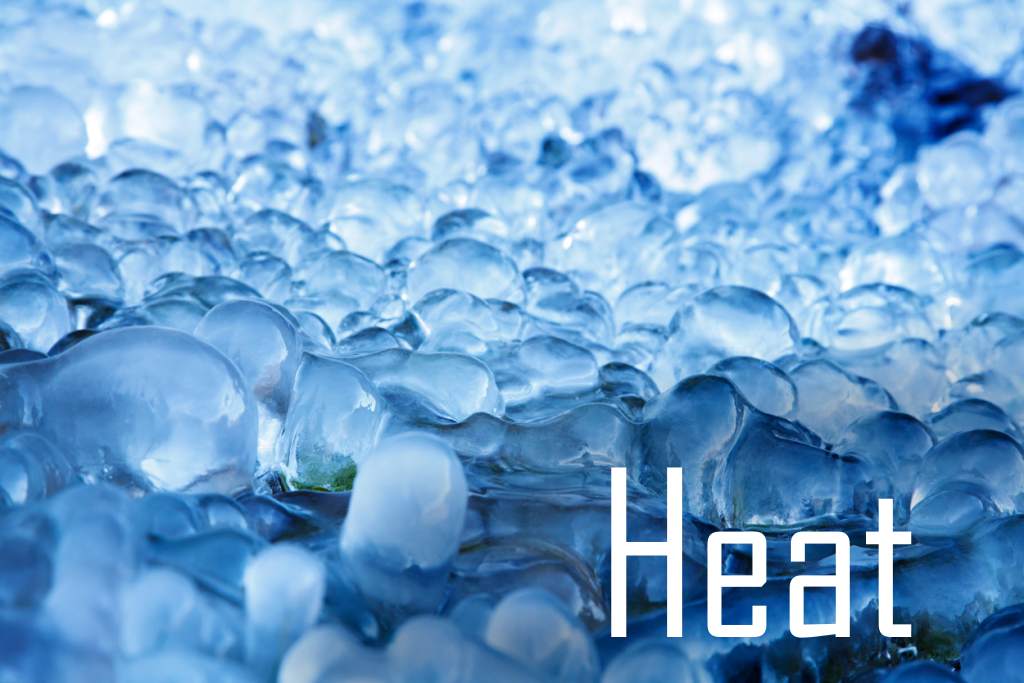 During its eighty-year journey, the Unexpected Finger's forward shield (the pillow) was struck by lots of protons, which deposited lots of energy.

In numbers, the Finger’s journey lasted 80 years or t  = 2.5×109s. Over that time, the pillow absorbed 27 terajoules of energy from impacting protons.

So the pillow absorbed a continuous eleven kilowatts of energy from impacting protons.

In other words, if you wander through our neighborhood at twenty percent of lightspeed, you will meet enough protons to warm your face by 55 Watts per square meter. The pillow absorbed this power for eighty years.

Surely not, because 55 Watts per square meter is only five percent of Earth sunlight.

Not so fast. Out intuition fails, again, because we live in air, which carries away heat. In space, heat can only be eliminated by radiation, which only works after you get hot.

More precisely, the pillow would heat to the point where the continuous power from proton impacts could be dissipated as thermal radiation. Thus the pillow's temperature depended on its emissivity, which is how well it radiated heat.

Wait, did we just conclude that a black pillow would stay cooler than a white pillow? This is certainly not true for a black car on a hot summer day.

The difference is the black car is heated by sunlight. A black car absorbs more sunlight, and emits more thermal radiation. But emitting thermal radiation does not help much, because a car is cooled mainly by convection. That is, moving air keeps the car cool enough to prevent it from emitting much heat as radiation. So its temperature depends mainly on how much sunlight it absorbs.

For the pillow, this logic is reversed. The incoming heat is constant, because impacting protons do not reflect off a bright surface. The pillow could be a perfect mirror and the protons would still deposit all their kinetic energy.

And space has no air to cool the pillow by convection. So thermal radiation, feeble as it is, must carry away all the incoming heat. To emit that much radiation, the pillow must get hot. It must get hotter, if it is bright white, because high-albedo (Ie., highly reflective) surfaces radiate heat poorly. They have low emissivity.

In fact, emissivity varies inversely with surface reflectivity, by the formula e  = 1-albedo. This lockstep relation between emissivity and albedo appears to be a hack, a last-minute patch applied to our universe to prevent us from making free refrigerators.

But I digress. The Finger's pillow was made of ice, mixed with soot, and reinforced with polypropylene fibers.

As an aside, Buffalo had good reason to reinforce the pillow with polypropylene pillow stuffing. Polypropylene is a hydrocarbon, with no heavy nuclei for the incoming protons to convert into X-ray machines. Compared to other polymers, polypropylene is lightweight and combines decent tensile strength with low stretchiness. (Stretchy is good in a climbing rope, but defeats the purpose of a reinforcing fiber.) In fact, on Earth, polypropylene fibers are sometimes used to reinforce concrete, in place of rebar.

The pillow also contained soot, which was a good thing, because incoming protons might churn the pillow's surface into something like fresh snow.

Snow is bright, with albedo up to ninety percent, which implies emissivity of only ten percent.

Snow is also a thermal insulator, which is a problem because it would not conduct heat into its colder depths. All the impact heat would have to be radiated from the pillow's forward face, with no help from the rest of the Finger's surface area.

So how hot would the pillow get?

In other words, if the pillow were bright snow, it would heat 310K above ambient. The ambient temperature of outer space is 3K, so the pillow's equilibrium temperature would be 313 K, which is 40 C or 104 F.

Uh oh. If a fresh snowball cruised through our neighborhood at 0.2c, proton impacts would heat its front surface to the temperature of a hot summer day.

So Buffalo played it safe by adulterating the pillow's ice with soot, darkening it to look like dirty snow, albedo=0.2, giving an emissivity of 0.8.

Actually this is the worst-case scenario, where the pillow's front face is churned up into lacy, insulating froth. If the pillow remained reasonably solid, its water and carbon would conduct heat away from the point of impact, radiating some of the energy from the pillow's sides and even the Finger's hull.

But it is hard to predict how eighty years of intense radiation will affect surface structure, or brightness. Finding out would take eighty years. To be conservative, Buffalo assumed all heat must radiate from the front surface, when he computed the minimum emissivity to keep the pillow frozen.

So the next question is, what is the minimum emissivity to keep the pillow frozen? That is, how bright could its surface get, before it melts?

In other words, the pillow would melt if its emissivity fell below 0.18, which implies an albedo exceeding 0.82, which is brighter than white paper. Such high albedo would be unremarkable for clean snow, but probably not a real danger for ice mixed with soot.

Of course this assumes all the incoming particles are protons.