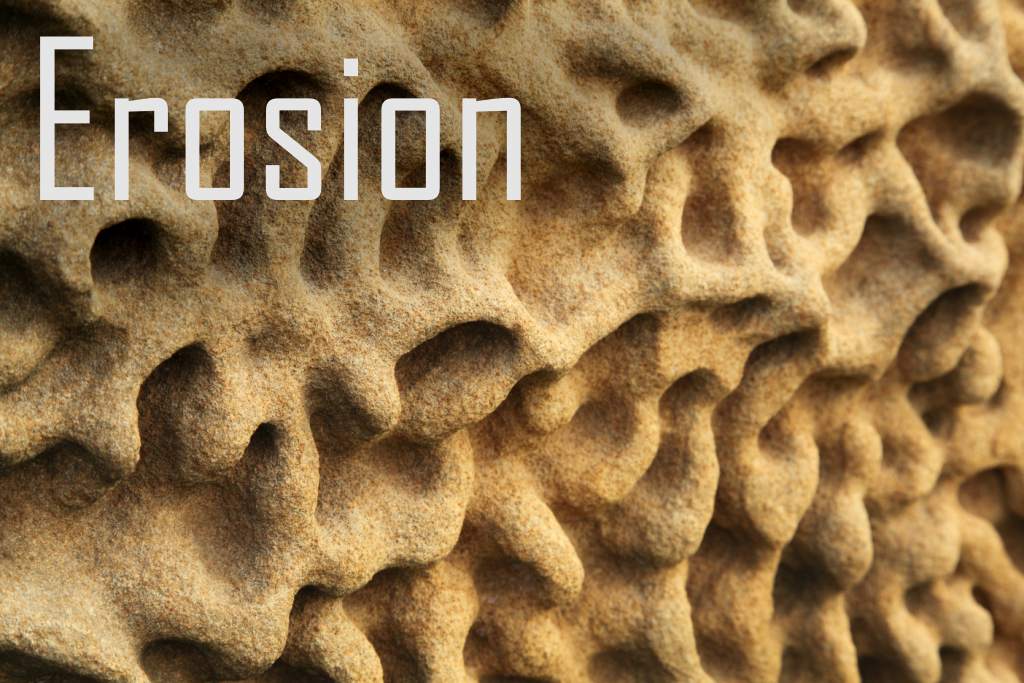 Interstellar detritus is 99% protons, of which four million billion struck the Finger every second.

Thankfully the impacts were divided between a lot of targets.

The incoming protons struck the Finger's forward face, the pillow, which was mostly ice and pretty big (200 square meters.) So the proton impacts were spread across a lot of surface molecules.

The average surface molecule was struck by 1.3 protons every million seconds, or one every nine days. Plenty of time to cool and settle, before the next impact.

But not if the molecule was blasted into space. What if each incoming proton carved out a divot, spraying a tiny piece of the pillow into space to be lost forever? This process is called sputtering and is a great way to erode a surface. In fact, clever Earthlings use it for just that purpose.

Fortunately, sputtering only works well at low proton velocities. In fact, fast protons do not splatter on the surface. Instead, they penetrate and implant.

To understand why fast protons deposit less energy, remember that protons rarely collide with atoms, because atomic nuclei are so small, and so are electrons. But while protons rarely collide with atoms, they often zip past close enough for the proton's positive charge to tug on the atom's negatively charged electrons, yanking them out of their orbits. This is why protons are called ionizing radiation

Faster protons do not tug any harder, they just leave more quickly, doing less damage. In fact the total disturbance to the nearby atom (that is, the total energy transferred from the proton) varies inversely with proton energy. (I.e., inversely with velocity squared.)

Notice this process ends violently. When the proton slows, it interacts more strongly with electrons and eventually even nuclei. (By this point the proton is moving too slow to enter the nucleus, and just bounces off the positive charge.) These interactions transfer the proton's energy to nearby atoms, which slows the proton so it can interact more strongly, which saps more energy. Thus, an incoming fast proton will race through the surface material, slowing slightly but doing little damage, until it slows to the magic speed and grinds to an abrupt halt, depositing all its remaining energy in one spot. This occurs at a predictable depth called the Bragg Peak.

This effect is exploited by doctors, who use proton beams to kill tumors. The protons are accelerated just enough to reach the tumor. The fast protons pass through healthy tissue, moving too quickly to do much damage, but decelerating. Finally they slow to the magic speed and dump all their remaining energy in one spot, which, if the doctor aimed right, is a tumor. The tissue in front of the tumor gets a lower dose, and the tissue behind the tumor gets none.

This is why the Finger's pillow could survive. Instead of blowing divots out of the surface, impacting protons deposited their energy inside the pillow.

How far did the protons penetrate?

In this context, proton speed is usually expressed as kinetic energy, in units of eV, electron volts. Electron volts are small; it takes 6.2×1018 of them (I.e., 6.2 gazillion) to make one Joule.

19MeV protons are a bit wimpy for cancer therapy. In water or soft tissue, they penetrate only half an inch. Less in the Finger's pillow, since it contained enough carbon to raise its density to 1.3 times that of water. Density reduces penetration in just the way you would guess, so the protons penetrated approximately 0.5/1.3 = 0.38 inches.

In other words, protons rammed the pillow at 0.2c, penetrated three eighths of an inch, and exploded, knocking atoms around and stripping off their electrons.

Those stripped electrons were important, because water is an excellent insulator. Once an electron got knocked out of its water molecule, it could not easily return. Small areas could accumulate enough charge to blow themselves off into space, an effect that can dramatically increase sputtering in electrical insulators like water. (I.e., insulators can have anomolously high sputtering yield.) Each incoming particle can knock hundreds or even thousands of atoms into space.

Amusingly, Earth manufacturers also mix soot into automobile tires, in nearly the same proportion, but for different reasons. This is why your tires are black, and your car does not routinely zap you with static electricity.

With abundant carbon to provide a homeward path for prodigal electrons, the pillow could not support large static charge separations, so it was not efficiently sputtered by high-energy protons. Nearly all the protons' energy lodged inside the pillow, where it was eventually converted to heat.

Heat. 27 terajoules of heat. Half the Hiroshima nuke's worth of heat.